Do you remember 2016’s Supermoon event?

One that crazed up the whole world to see our very own moon within its closest elliptic orbit to Earth?

I remember it very clearly because I also wanted to capture this once-in-a-lifetime phenomenan, like rest of the world.

But guess what? I failed in my attempt!

Below is the image of November 14, 2016’s supermoon I captured using my digital camera: 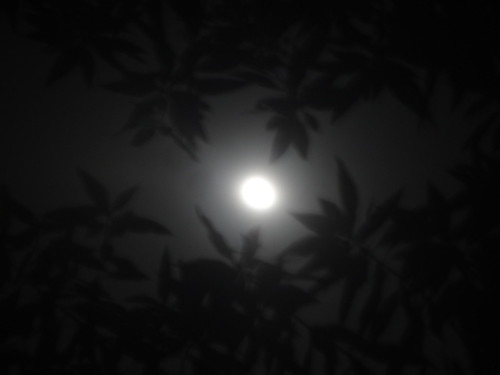 I went to my area’s playground after 8 pm and took couple of shots. But when I transferred the files on to my laptop, after returning home, I noticed that every single snap that I took was blurred up. I then recalled that my digital camera displayed a message about using a tripod when selecting the Twilight mood.

So, capturing a supermoon without a tripod, which I still don’t possess, was a bad idea. This snap was the best of the bunch or so I thought and I have kept all the snaps of that supermoon night as a reminder of my failed attempt. At least I tried 🙂

Cee Neuner’s Fun Foto Challenge has started up a new series of alphabets with a twist and I have decided to participate with words from my mother language, Urdu.

This week’s letter is C and the word I choose for this week is Chand, which means moon.