Honestly speaking, I have no idea!

But somehow, a post I published back in April 2015, recently crossed 1000 views mark.

Now, I can relate to the feelings of Voyager probes 😀

But on a serious note, this is a pretty astonishing feat because I wrote up this post after having a discussion with my friend about what one should do when there’s nothing to do at workplace. We didn’t reached any particular justification on this topic, so I decided to go down the rabbit hole to search for an answer.

Few days later, I returned back to my world from that rabbit hole and published The Zakota Syndrome – Sitting Idle At Workplace on my blog.

I then shared it with that friend of mine and he probably shared it up on Facebook I think, which I didn’t asked him for but grateful that he did.

I considered this post as fictitious but since it had received 1000 views, I’m starting to think that there might be something in this post, with which someone, sitting at his/her workplace, is relating to.

Are you one such person? 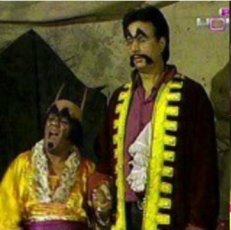